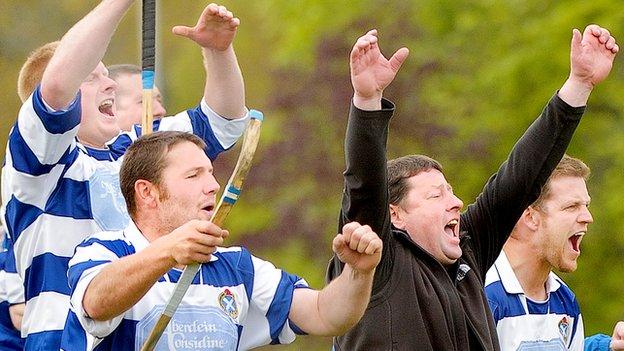 Meanwhile, even Newtonmore had to rely on a penalty shoot-out to squeeze past Glenurquhart at Drumnadrochit following a 2-2 scoreline after 120 minutes.

A Sean Nicholson penalty with only four minutes left gave Lochaber the scent of a major upset and Stuart Callison put it in the bag for them in stoppage time, although Ronald Ross still managed to pull one back for Kingussie.

At Drumnadrochit, it was first blood to Glenurquhart through Fraser Heath in 18 minutes, but Glen MacKintosh and Jamie Robinson turned it the other way in a three-minute spell just before half time. Billy Urquhart's equaliser on the hour and a complete blank in extra time sent the tie to penalties, which ended 2-0 for Newtonmore.

Meanwhile, Inveraray, who went 4-0 up at one point, had doubles from Chris Crawford and Gary MacPherson as well as strikes from Euan MacMurdo and Russell MacKinlay. Roberto Zavaroni, Robert Walker and Hector Whitelaw with a penalty responded for Bute.

Kinlochshiel cut Newtonmore's lead in the Orion Premiership to a single point with a 3-0 home win over Kilmallie, although More have two games in hand. Duncan Ach MacRae got two and the other came from Finlay MacRae.

And the Oban Derby returned after many years' absence with a 4-0 win for Camanachd over Celtic in Marine Harvest South Division 1 at Mossfield Park, despite Camanachd having two sent off. Matty Rippon, Iain MacMillan and a Malcolm Clark double did it for Camanachd, even though they had Alan MacGregor red carded at 3-0 and Craig MacMillan at 4-0.