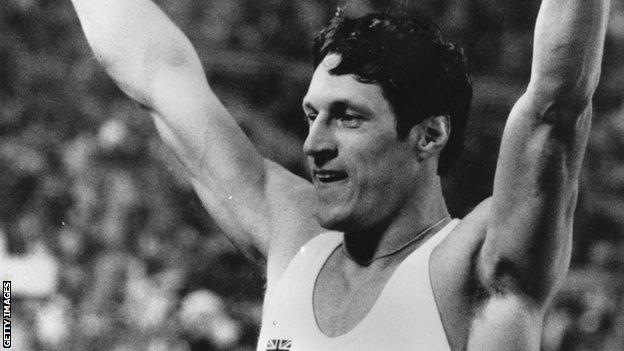 For many Scots the 1980 Summer Olympics in Moscow remain memorable for two principal reasons.

Their first recollection, of the political wrangling and boycott of the Games, will be shared by many worldwide.

Three months earlier all the international focus had been on his Cold War rival, the American President Jimmy Carter.

Carter announced in March that, as a result of the Soviet invasion of Afghanistan in 1979, the American Olympic team would not participate in the games.

The US was joined in the boycott by more than 50 countries including West Germany, Canada, China and Japan.

The British Government backed the boycott.

The British Olympic Association (BOA) did not, and on 25 March 1980 the BOA voted to send the British team to Moscow.

The vote was decisive, with only hockey opposing the decision to go. The British team, minus the hockey squad and some individuals who did not wish to participate for their own reasons, decided to travel.

While world leaders played politics with the Games, the athletes continued to prepare themselves.

For many it was a once-in-a-lifetime opportunity to take part on the biggest stage their sport offered.

At 28, Wells was considered old for a sprinter, but he travelled to Moscow with medals in mind.

Preparing for the Olympics as a sprinter was not what Wells originally had in mind when his athletics career began.

It was the triple jump at which Wells first excelled, becoming 1970 Scottish junior champion before moving on to the long jump.

The decision to concentrate on sprinting only came in 1976 and yielded sparkling results.

At the 1978 Commonwealth Games in Edmonton, the gold medal in the 200m event belonged to Wells and he lost out by only 0.04 of a second to the great Don Quarrie in the 100m.

In 1982 in Brisbane, he would take gold over both distances.

Progress continued to be made. Wells was the British record holder at both 100m and 200m when he travelled to Moscow, having completed his training in his home town of Edinburgh, then Australia and Cote D'Azur.

The British team joined the lavish opening ceremony in the Lenin Stadium. They marched not behind the Union flag but the Olympic flag, which would also be used at the medal ceremonies.

Wells was a medal prospect going into the start of the 100m event in Moscow. By the end of the second round, after a blistering 10.11, that had changed; he was now a gold medal contender. 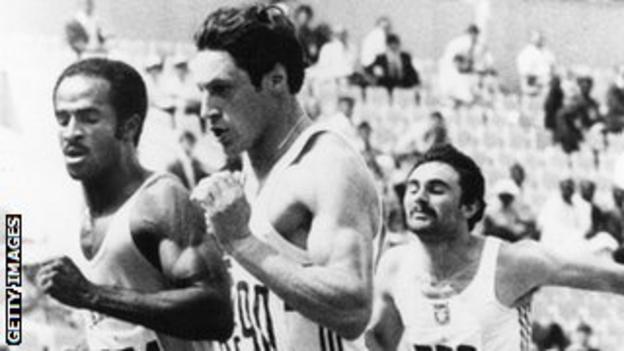 Detractors claim the 1980 Olympic Games were tarnished due to the non-participation of strong countries such as the USA and West Germany.

However, the Moscow games saw the setting of 73 Olympic records, 36 world records and 39 European records.

In the case of Wells, the 100m field for the final contained many first-class sprinters - Silvio Leonard of Cuba, Marian Woronin of Poland, home favourite Aleksandr Aksinin and Bulgarian Petar Petrov.

With his wife Margot watching the final from the stands, providing strong vocal support that was relayed to a watching nation by the BBC, Wells took to the starting blocks.

He had previously performed in competition without blocks but was compelled to do so due to an Olympic rule change.

Back home, hopes were high that Wells would be the man to strike gold and emulate Harold Abrahams who had won in Paris 1924.

No disrespect to anyone else, but I would prefer to dedicate this to Eric Liddell"

Wells had been drawn in lane eight with Silvio Leonard far to his left in lane one. It was from the two outside lanes that the drama would come with the bronze medallist emerging from those sandwiched between.

Just 10.25 seconds after the starter's gun had fired, the race was over. Momentum carried Wells, Leonard and the whole field past the finish line but the result was unknown.

The Cuban and the Scot had fought neck and neck the whole way down the track and a photo-finish was required.

After a wait in which the identity of the gold medallist was the subject of intense debate, Wells was declared the winner. Scottish celebrations began.

For Wells the Games were not yet over. Having beaten the world record holder at 200m, Italian Pietro Mennea, in the 1979 World Cup in Turin, Wells knew that there was the opportunity for a second gold medal.

In the final a British record run of 20.21 was superb but Wells could not hold onto the race lead; Mennea's time of 20.19 was enough to push Wells into second place and bring Italy gold.

While the sprint double had eluded Wells, he departed from Moscow as the Olympic champion of the blue riband event, and he was in no doubt to whom his victory was dedicated.

When asked by a journalist if he wanted to dedicate his win to Abrahams, who had died 18 months previously, Wells replied in typically frank fashion: "No disrespect to anyone else, but I would prefer to dedicate this to Eric Liddell."

Liddell's 1924 enduring success aside, Scotland had enjoyed success on the track in earlier Olympics.