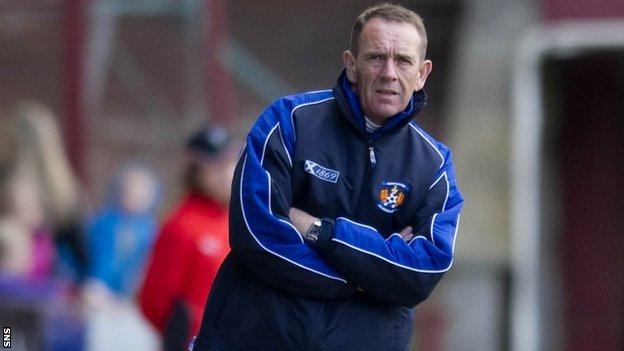 Kilmarnock manager Kenny Shiels has been given a two-match touchline ban - one of which is suspended - after comments made about a referee.

A Scottish FA judicial panel charged Shiels with a breach of rule 68, which prohibits criticism of officials.

The comments Shiels made related to refereeing decisions made in a match between Celtic and St Johnstone.

Shiels is banned for one match, while a second one-match ban is suspended until the end of season 2012/13.

The Northern Irishman also faced a charge of an alleged breach of rule 69, which prohibits managers and players from making comments about officials in advance of matches.

However, the judicial panel deemed there had been no breach of rule 69 and therefore no sanctions would apply.

Kilmarnock begin their SPL campaign at home on 4 August.