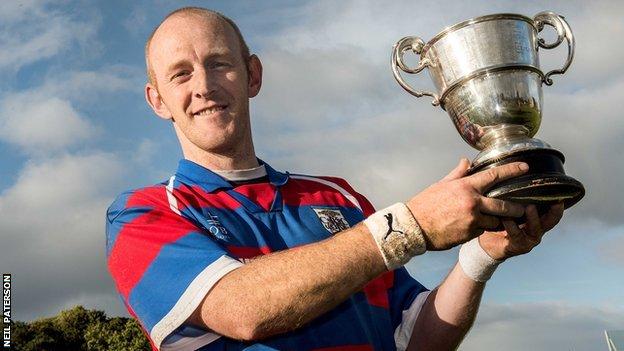 Lochaber secured their return to the top flight without hitting a ball since their scheduled game at home to bottom side Strathglass was cancelled because their opponents could not raise a team.

But since this was one of the extra third round of games in this small league, the rules say that Lochaber get the points with no penalty to Strathglass.

This takes Lochaber to 28 points with three still to play and already out of reach of their only remaining challengers Skye, despite their 1-0 home win over Beauly. Danny Morrison grabbed the only goal there.

It was decided some weeks previously that the other promotion place would go to Oban Camanachd when they clinched the South Division 1 title and they have now completed their entire league programme undefeated with a 4-1 win over Glenorchy at Ganavan, dropping just a single point all season.

Iain MacMillan, Gus Campbell and Sean Morgan had Camanachd 3-0 up within the hour before Finlay Ross pulled one back and Gavin Stobbart completed the scoring in the penultimate minute.

The Aberdein Considine Sutherland Cup final was replayed at Beauly between Kingussie and Glenurquhart's reserve teams after original winners Newtonmore were expelled for fielding an ineligible player. Savio Genini and Michael Clark completed Kingussie's 2-0 victory in the first 20 minutes.

And Kyles and Inveraray, who served up such a fine Scottish Hydro Camanachd Cup final two weeks previously, fought out a meaningless 1-1 draw in the Orion Premiership.

Lochaber have become Marine Harvest North Division 1 champions and return to the Premiership on a day when Kingussie won the rearranged Sutherland Cup final for the Scottish reserve championship and Oban Camanachd completed their South Division 1 programme undefeated.