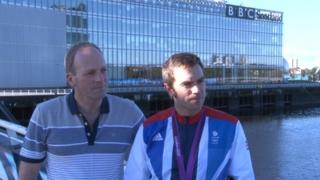 If you know someone who coaches, administers or organises clubs in their free time for no reward except the enjoyment of seeing sport flourish in their communities across the UK, you can nominate them now.

You can download an official nomination form via the link below, fill it in and then email it to sportsunsunghero@bbc.co.uk

If you prefer you can post it to: Sports Unsung Hero Awards 2012, BBC Birmingham, Level 10, The Mailbox, Birmingham B1 1AY

You can also obtain a nomination form by post by calling 0845 308 8000 anytime. Note that calls cost up to 5p/min from most land lines (an additional connection fee may also apply). Calls from mobiles may cost considerably more.