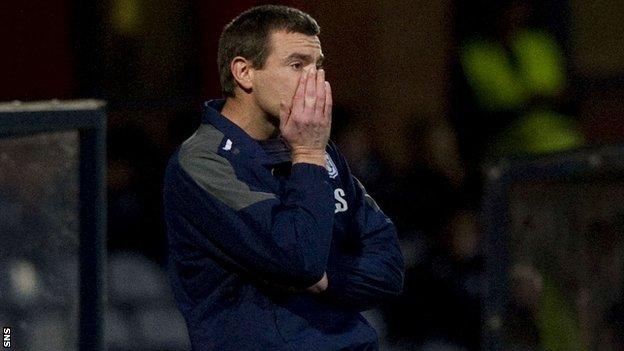 Dundee manager Barry Smith lamented a sloppy start by his side in the 4-1 home defeat by Inverness.

Inverness scored two early goals and, though Colin Nish pulled one back for Dundee, the visitors were able to add to their lead in the second half.

"I'm angry because I don't like getting beaten, but it's the manner of the defeat that's the problem," said Smith.

"We can't afford to be giving teams a two goals head start. We don't seem to give ourselves a chance."

Smith, though, was able to take some comfort from one aspect of his team's performance.

"The massive positive was Nicky Riley coming back in," added Smith.

"I thought he did extremely well and gave us something different."