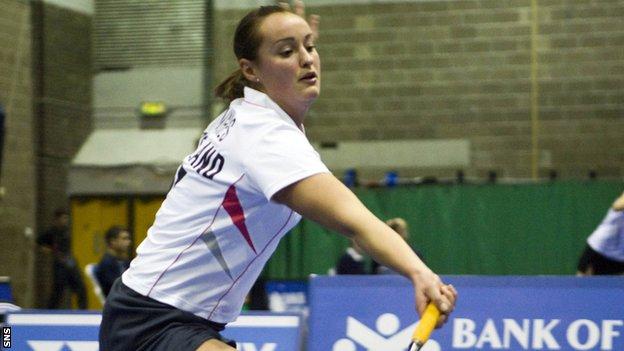 Scotland's Susan Egelstaff has announced her immediate retirement from badminton.

The 30-year-old overcame a leg injury to compete at London 2012 but does not have the desire to continue competing.

The 2006 Commonwealth bronze medallist said realising her ambition to compete at the Olympics was the perfect way to end her career.

"I don't feel I have the motivation needed to give everything in training every day any more," she explained.

Egelstaff won her opening Olympic match against Slovenia's Maja Tvrdy but was edged out of a place in the knockout stage at Wembley Arena by Japan's 12th seed Sayaka Sato.

"Qualifying for the Olympics had been a goal of mine for almost 20 years so to have achieved it this summer, and to have played so well in London makes me feel like this is the perfect way to go out," Egelstaff said.

She won team bronze at the 2002 Commonwealth Games in Manchester, took women's singles bronze four years later in Melbourne, and finished fourth in the singles in Delhi.

However, her announcement means she will not compete in the 2014 Commonwealth Games in her home city of Glasgow.