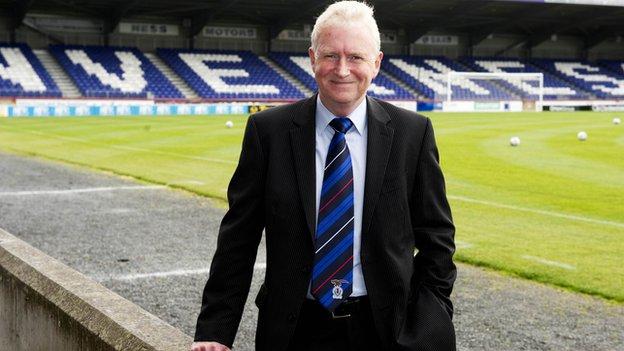 Inverness Caledonian Thistle's chairman insists the club's financial figures could have been "devastating" despite almost doubling their losses.

However, chairman Kenny Cameron said football was not immune to the global economic recession.

The increase was attributed to manager Terry Butcher's aim to bolster his squad in the successful fight against relegation.

Last season the Highlanders were hit by a spate of injuries, which saw Butcher seek funds to add to his squad.

Cameron said: "This scenario contributed to the majority of the losses incurred in the year under review. However, my view is that had we not taken the decisions we did, the outcome may well have been even more financially devastating for the club.

"The club has also had to operate against a larger backdrop of the continuing global economic recession which, in turn, has impacted the football industry in general," Mr Cameron, who was appointed chairman last season, added.

"This has led to an extremely difficult operating environment for Scottish clubs and ICT FC are no exception. However, with the continued support and co-operation of directors, shareholders, sponsors advertisers and, most of all, our supporters, we look forward to a more positive outcome in the coming accounting period.

"Given the uncertainties experienced throughout Scottish football over the summer months of 2012, it is pleasing to note that our season ticket revenues for season 2012-13 are currently on budget."