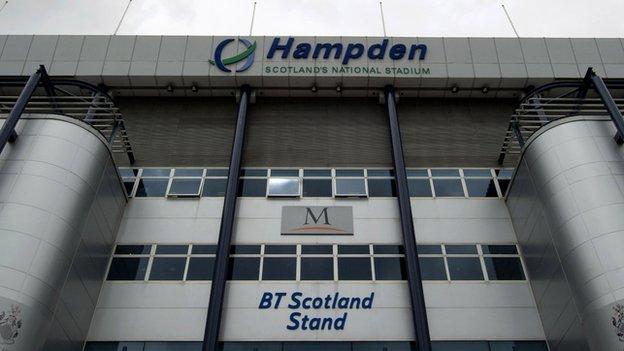 Scottish football fans have the chance to speak in a national survey seeking opinions on the future of the sport.

"It is important we listen to the people who make Scottish football the unique, passionate and proud sport that it is - the supporters," he said.

"The National Football Survey is essential in canvassing the views of supporters across the country, regardless of what level of team they follow," continued Regan.

The global economic crisis has had a considerable impact in the financial health of the game in this country, with league reconstruction at the top of the agenda.

"The global economic crisis has had a considerable impact in the financial health of the game in this country, with league reconstruction at the top of the agenda."

"Scottish football has approached a watershed and the events of the summer proved how powerful the voice of the supporters is," he said.

His Scottish Football League counterpart, David Longmuir said that the impact of social media had given supporters greater power to have their voice heard.

"Scottish football needs to be rejuvenated and the only way this can be done successfully is with the support of our fans," he said.

"The age of social media has given all supporters a voice like never before and that voice must be listened to."

Paul Goodwin, from supporters' body Supporters Direct Scotland, said he was confident that the views of the fans were being taken seriously by the governing bodies.

"Already I have been hugely encouraged by the openness of the three bodies who collectively lead Scottish football," he said.

"This year in particular has reinforced the need for football to listen to its most important constituency, the supporters."

The Survey will be open until Friday the 21st of December.