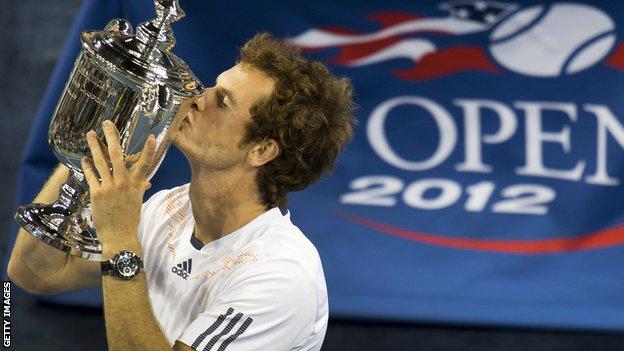 Andy Murray has been named as the BBC Scotland Sport Nation Sportsperson of the Year for 2012.

The US Open champion was one of five contenders for the award, the others being Sir Chris Hoy, Paul Lawrie, Katherine Grainger and Ricky Burns.

Murray gained the most votes from a panel of Sport Nation experts.

"It's been a great year for Scottish sport, the best year of my career so thank you very much to those that voted, I'm very proud," Murray said.

After several near misses, including four Grand Slam final defeats, 2012 was the year Murray finally made his major breakthrough with an epic five-set victory over Novak Djokovic to win the US Open.

The world number three gained the most votes despite the impressive feats of the other contenders on the shortlist.

Ricky Burns made two impressive defences of his WBO world lightweight title in 2012, including a stunning fourth-round stoppage of England's Kevin Mitchell.

Paul Lawrie continued his resurgence this year, winning twice on the European Tour, and playing a key role in Europe's stunning fightback to win the Ryder Cup.