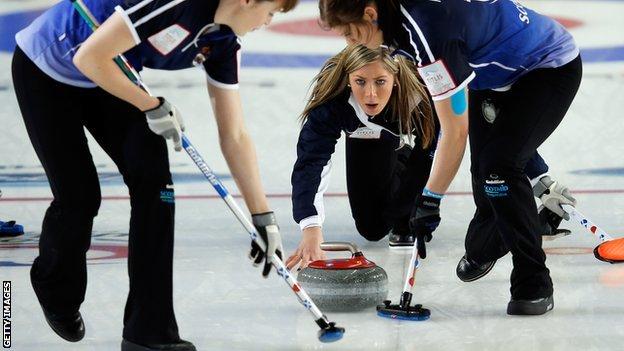 Three major curling finals will be held in Scotland during 2014.

More than 30 senior teams from around the world are expected to compete, along with a similar number of mixed doubles teams, between April 22 and 29.

It will be the first time that Scotland will host the mixed event, which began in 2008 in Vierumaki, Finland.

However, Scotland has previously staged the world seniors - in 2005 at Greenacres.

This year's mixed and seniors events are due to begin on 13 April in Fredericton, Canada.

The main women's event was played in Riga, Latvia, last month, , with the men's event that followed in Victoria, British Columbia, being won by Sweden.

It had already been announced that the 2014 men's finals would be heading for Beijing in China, with Saint John in New Brunswick, Canada, hosting the women's event.

Now Scotland has been chosen to play host to the other three major finals.

"The investment our council has put into the Dumfries Ice Bowl now allows us to stage world championship events."