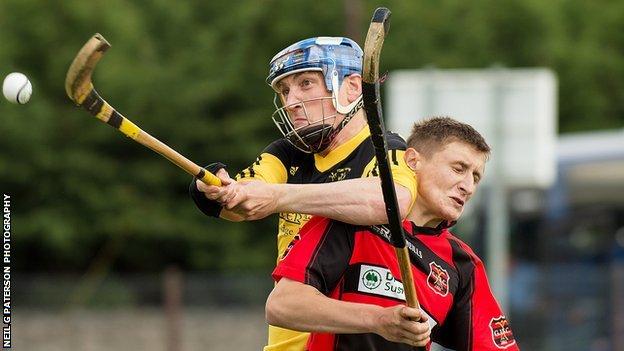 The four most successful clubs in the recent history of the Camanachd Cup are through to Wednesday's semi-final draw.

Kyles were well in charge with one from Roberto Zavaroni then two from Dunky Kerr followed by four from Roddy MacDonald. David MacLean and Sean Stewart replied for Beauly.

Newtonmore made heavier weather of the other lower league side, Caberfeidh, with a 2-0 home win.

It was into the second half before 'More could break down the minnows but Glen MacKintosh and Danny MacRae eventually did the business for the hosts.

Kingussie ousted their 2012 conquerors Kinlochshiel 5-2 at the Dell

Goals from Ronald Ross on either side of one from Savio Genini put Kingussie three up. Oliver MacRae scored twice for Shiel while Tomas Borthwick got one and Ross completed his hat-trick and the scoring.

Fort William left it late to go through 2-0 away to Glenurquhart.

The match remained stubbornly goalless until Gary Innes and Ryan Campbell struck in the last 10 minutes for the Fort.

However, Fort William also went to the bottom of the Premiership after Oban Camanachd won 2-1 at Inveraray. Euan McMurdo opened for Inveraray but Malcolm Clark and Ian Campbell lifted Camanachd up to ninth.

Lovat could only draw 3-3 at home to Lochaber to stay second in the division, three points adrift of Newtonmore and with two extra games played.

Owen Ferguson opened for Lovat before Zands Ferguson and Donald MacRae made it 2-1 to Lochaber. Lorne MacKay and Ryan Ferguson swung the pendulum to 3-2 in favour of Lovat before Scott Paterson's stoppage-time equaliser.

The mismatch of the day saw Kilmallie open up a two-point lead in North Division 1 with a 13-0 win in Inverness. Martin Stewart with four was among seven different Kilmallie players to score.

Glasgow Mid Argyll went top of South Division 1 with a 3-1 win over Lochside Rovers, who dropped to third after Bute defeated Glenorchy 1-0 at Dalmally.