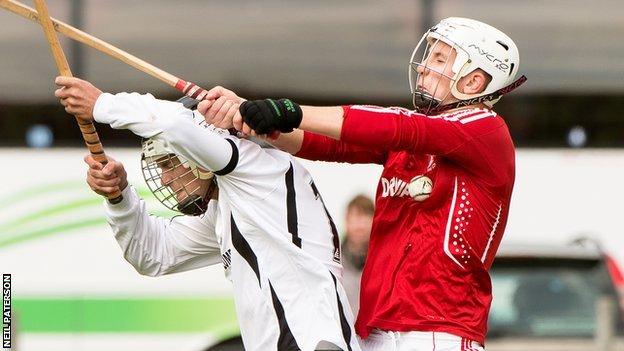 In the Orion Group Premiership this weekend league leaders Newtonmore, with 27 points from 14 games, travel to seventh-placed Kinlochshiel with the league title in their grasp.

A win over the Balmacara club would see 'More retain the Orion Group Premiership for the fourth year in a row, with Lovat their closest challenger on 24 points from 16 matches.

It would be a great achievement for a club that, until these past few seasons, had clutched only a handful of trophies in more than two decades.

This has been testament to a core bunch of lads at the Badenoch club that have progressed through the sport together for a number of years.

The team is now reaping the rewards, not unlike their neighbours Kingussie had done in previous years.

Just a thought, but it would be good to know what they feed the Newtonmore team during the week, as pretty much the majority of them are built like the proverbial brick house!

With the added bonus of a Camanachd Cup final to look forward to in a couple of weeks' time, it will be difficult for Kinlochshiel to stop a Balavil party this weekend.

Kingussie get their chance for revenge against Inveraray after last weekend's 3-2 away defeat with a home tie against the Burgh boys, this time at their home ground, the Dell, while Fort William and Oban Camanachd meet at Mossfield in a battle of the bottom two.

In women's shinty, its cup final day at Newtonmore with the highlight being the final of the Valery Fraser Camanachd Cup.

This is the cup that every woman in shinty wants their hands on and this year it's contested by league champions Glasgow Mid Argyll and Badenoch & Strathspey.

Finally, it's worth mentioning that there were two reserve cup finals last weekend which featured many of the up-and-coming stars of the sport.

In the South's Bullough Cup final, Ballachulish added to their Sutherland Cup success with a 3-0 win over Kyles Athletic, while in the North's Strathdearn Cup final, Lovat's 5-2 win over Kinlochshiel meant they added some silverware to the Kiltarlity cabinet that already houses the first team's MacTavish Cup.