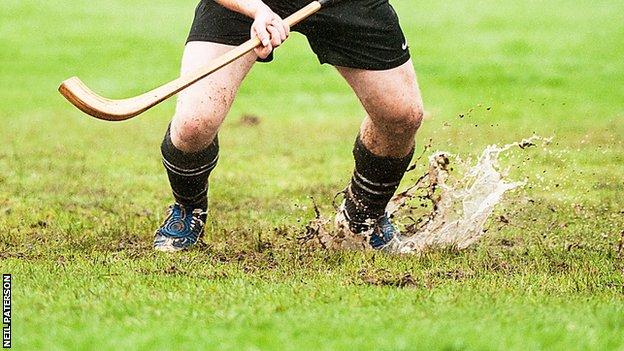 As the 2013 shinty season draws to a close, it's time to look forward to the winter break and reflect on the current campaign.

It's been another great year for Newtonmore, picking up both the Camanachd Cup and Orion Group Premiership title, while Lovat's progress this season in the league and lifting the MacTavish Cup has not gone unnoticed.

If Lovat can keep the current squad together for the next few seasons, then I have no doubt they will be one of shinty's major contenders in the foreseeable future.

Kyles Athletic did not manage to retain the Camanachd Cup, but they added to their Celtic Society silverware with a fantastic win over Newtonmore to lift the MacAulay Cup.

Kingussie's youngsters got another year of Premiership experience under their belts, while Kinlochshiel and Glenurquhart finished well, while Lochaber, who looked certain to be relegated three months ago, took off like wildfire under new manager Robert Johnston and finished in the top half of the table.

If Lochaber could start the way they finished the season, then there is no reason why they would not be in with a shout of silverware next year.

Inveraray finished third with only Kyles potentially left to leapfrog them if they were to win their three remaining games in hand.

This will be an extremely difficult league to win and will be hotly contested.

Rumour has it Fort William will welcome back a couple of old faces next year which will be a boost to the An Gearasdan club as they continue to rebuild.

We still have the internationals to look forward to later this month. This year Scotland are fortunate enough to play against Ireland in Croke Park before the Aussie rules hybrid game.

As a shinty player there is no bigger stage to play on than against Ireland in Croke Park. It's an incredible stadium and to get to play on the 'home of hurling' with your blue and white shirt on is a real privilege and one that each and every Scotland player will remember and cherish throughout their days.

The return leg is one week later on 2 November and is live on BBC 2 from the Bught Parks, Inverness.

I'd like to thank you all again this year for reading my views on shinty and for the comments and emails that I receive weekly regarding it.

Thanks, too, to the BBC for giving shinty a weekly slot on the BBC Sport Scotland page. It's always nice to see our sport getting a little more recognition.

A safe winter to you all and remember not to leave your caman out in the garden for the next few months or it'll go straight!