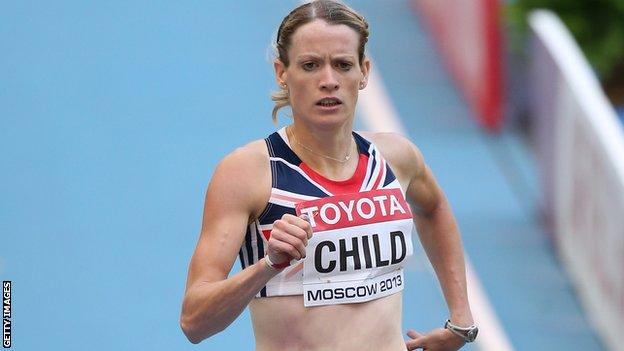 The 26-year-old from Perth won bronze in the 4x400m in Moscow, following her fifth place in the 400m hurdles.

Child was part of the winning 4x400m relay team at the European Athletics Indoor Championships, having finished runner-up in the individual event.

And she also won the 400m hurdles at the European Team Championships in Gateshead.

Clegg collected the Para Athlete of the Year award for the second successive year after silver medals in the T12 100m and 200m at the IPC World Championships.

"Eilidh is Athlete of the Year and I think very deservedly so," said scottishathletics director of coaching Stephen Maguire.

"Eilidh was a little disappointed, to say the least, with her London 2012 performance when she went out at the semi-final stage in the 400m hurdles.

"The clear objective for this year was to reach the final in Moscow and start to make a name for herself at the top level on the world stage."