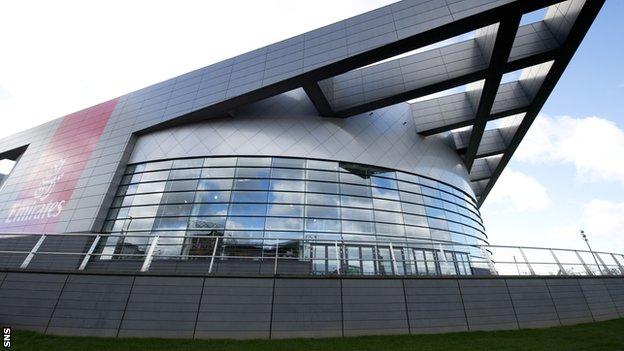 Scotland will be represented at the Glasgow British Athletics International Match for the first time on 25 January.

It will be Glasgow's first major sporting event of 2014 ahead of the Commonwealth Games and will also include Great Britain & Northern Ireland, USA and a Commonwealth select.

He said: "This will show that Scotland has the strength to compete with some of the best athletes in the world."

The event will take place at the Emirates Arena in Glasgow's east end and will allow the team of 28 athletes representing Scotland at the Commonwealth Games to gain international experience in front of a home crowd.

Now, for the first time in the event's 23-year history, a Scotland team will be included in the event.

The teams will be announced in early January.

Following the integration of four para-athletics events into the meet last year, stars from the London 2012 Paralympic Games will return and for the first time the events will contribute to the overall team points tally.

"2014 is a big year for the city and the Glasgow British Athletics International Match will be the first time that supporters can see a Scottish team in action before the Commonwealth Games," said Maguire.

"There is a great buzz around the city and I can see no better way to start the year in front of a big home support at the Glasgow British Athletics International Match."