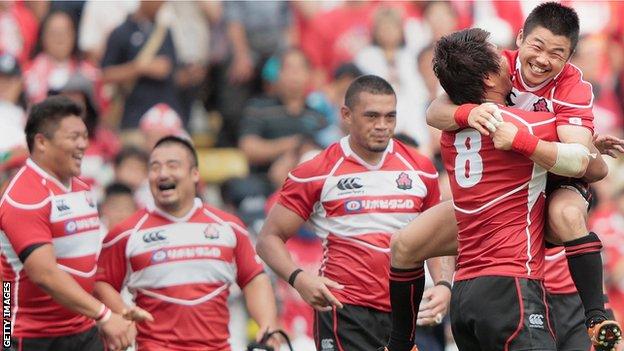 Interim head coach Scott Wisemantel insists Japan are not coming to Murrayfield simply to make up the numbers against Scotland on Saturday.

The Scots begin their autumn Test series against a side last weekend.

And Japan were beaten 100-8 on their last visit to Scotland at McDiarmid Park nine years ago.

"To play another top 10 nation in Scotland, we're looking forward to the challenge," said Wisemantel.

"It's a different era. We've got a top league in Japan at the moment that's highly competitive and it's a good competition.

"We've got a lot of professional players and we just need to see where we're at in regard to the European teams.

"We're building this team towards [the World Cup in] 2015 and then obviously 2019 [when Japan will host the event].

"We're trying to establish the development of the game in Japan."

Scotland lock forward Alastair Kellock insists the hosts will take nothing for granted.

"It's going to be difficult," he said.

"Primarily, it's about what we do. We need to start well and build the momentum from there.

"We want to come into a campaign, any campaign ahead of where we were at the end of the last one.

"So, you look at the summer tour. We got that win against Italy but we've got to make sure we're slightly better than that and then moving in to the Six Nations that we're continuing to improve."