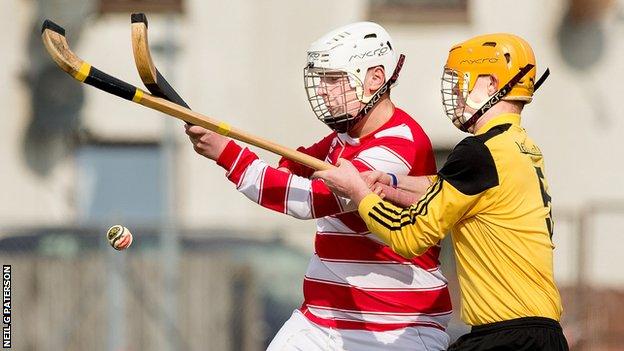 Even the black magic of the legendary Beast of Boleskine, Aleister Crowley, would have failed to save his former local team when Boleskine from North Division 2 went down 11-0 away to Premiership leaders Lovat as they opened their defence of the MacTavish Cup at Balgate.

However a similar potential mismatch between Newtonmore and Strathglass ended just 3-0 for 'More while Beauly upset Premiership side Lochaber 3-1 at Spean Bridge and it took Glenurquhart extra-time to dispose of Skye.

In the day's only Premiership match, Kinlochshiel had a 4-0 home win over Inveraray.

Hat-tricks from Kevin Bartlett and Greg Matheson sent Lovat, three leagues above their opponents, well on their way while Paul MacArthur, Calum Stewart and Glen MacKintosh did the business for 'More.

Lochaber had a sound start at home to Beauly when Zands Ferguson opened but Ross Forbes and David MacLean struck back two minutes apart before Barrie MacDonald clinched it for the National Division side in the second half.

Fort William's recent relegation meant that Arran MacPhee's opener at home to Kingussie had the makings of what, just a few years ago, would have been unthinkable as an upset. However Louis Munro in the second half, and Thomas Borthwick in the second half of extra-time, did it for Kingussie.

Five different scorers contributed to Caberfeidh's 5-0 advance at Lochcarron and Liam MacDonald got a hat-trick in Kilmallie's 4-2 home win over Inverness.

In the Celtic Society Cup, Bute's woes continued when they were giant-killed by Oban Celtic 2-1 with goals from David Hill and Alan Duffy.

Alistair MacArthur and Craig Taylor both got doubles for Kilmory in their 4-1 home success over Ballachulish while Glenorchy won 3-1 at Strachur and Taynuilt beat visitors Aberdour 3-2.

Kinlochshiel's 4-0 Premiership victory, which leaves Inveraray pointless after three games, came from a Finlay MacRae double and one each from Jordan Fraser and Keith MacRae.