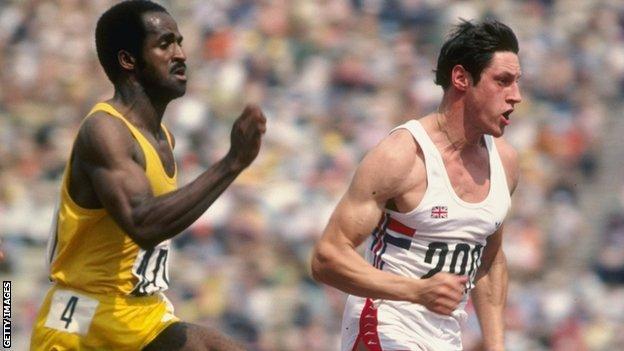 Conventional wisdom suggests sport and politics should never mix, but history demonstrates that they are inextricably linked.

The Olympic Games have been used as a political football perhaps more than any other sporting event.

From Hitler's appropriation of the 1936 Games in Berlin to promote his Nazi regime, to Tommie Smith and John Carlos using the medal podium at Mexico City in 1968 to throw the spotlight on the civil rights struggle in the USA, right through to the US-led boycott of the Moscow Games of 1980 in protest at the Soviet War in Afghanistan.

Scottish sprinter Allan Wells secured his place in British sporting history at those Games, winning gold in the 100 metres.

Sixty five countries boycotted the event, depriving some of the world's best athletes their shot at Olympic glory. Great Britain was not among them, but Wells did come under government pressure to mount an individual protest by pulling out.

I think it was just common sense that what happened shouldn't have happened. It degraded the Games in a way

"We were getting a number of letters posted to both Margot [his wife] and I," said the Edinburgh-born runner. "When the letters came through I think they had a little government stamp, and Margot would open them. I reckon we probably got three or four.

"I accidently opened one; I was just curious. I opened it and there was a picture of a young girl in Afghanistan, and it showed that she was dead. Her hand was a few inches from a doll.

"There was two ways you could look at this. I felt very sorry for the child and the parents, but I also felt very angry that I got this letter with this sort of information in it."

Wells refused to be influenced by the government, aware that the Games represented his best chance to win 100m gold and convinced that his actions would have no bearing on the conflict in Afghanistan.

"It was quite difficult to deal with, but you have to look at these things sensibly," Wells told BBC Radio Scotland. "I just felt that, whether Allan Wells was at Moscow or not, it wouldn't have made any difference to what happened in Afghanistan.

"It was a very difficult decision and it was left up to the individual athletes. We all felt that politics shouldn't have been in the Games at all." 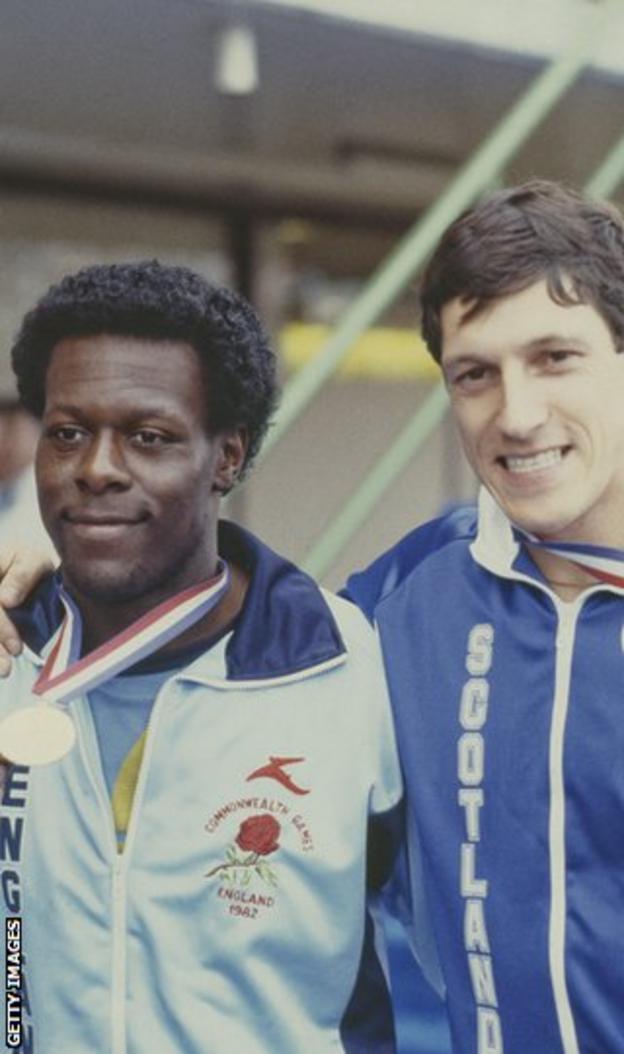 Due to the boycott, American sprinters Stanley Floyd, Mel Lattany, Carl Lewis and Harvey Glance were all removed from Wells' path to Olympic gold. The Scot would beat them all at a meeting in Germany less than two weeks later, but Wells feels their absence from the Olympic final detracted from his achievement.

"When I met the Americans for the first time after, I think they were distraught as athletes," Wells recalled. "They would have gone [to Moscow] at the first chance.

"I think it was just common sense that what happened shouldn't have happened. It degraded the Games in a way."

Two years later, at the Commonwealth Games in Brisbane, Wells again took gold in the 100m but had to make do with finishing joint-first in the final of the 200m, sharing the gold medal with England's Mike McFarlane in a rare dead heat.

Wells refused to examine the photo finish at the end of the race, fearing he had in fact been beaten by the smallest of margins.

"I've got to be honest, I had an opportunity to take a look at the photo but I didn't take it," said Wells, who was the defending champion at the time, having won in the 1978 Games in Edmonton. "I don't have anything against Michael, he was a great sprinter. It's just when it comes to photo finishes they may have got it slightly wrong.

"It was a delight to be on top of the rostrum and that's why I didn't question it. I could maybe have found that I was second so I never questioned it, but I think there may have been a little bit of deviation away from the truth very, very slightly."

As Scotland's greatest sprinter, Wells is an ambassador for the 2014 Commonwealth Games in Glasgow, and says the experience of volunteering at the 1970 staging in Edinburgh gave him the drive to make it to the top of the athletics world.

"It allowed me to see first-hand the real attitude in world-class athletics," he added. "I saw Don Quarrie winning the 100m and 200m. I saw Lynn Davies, Marilyn Neufville running the 400m, a new world record.

"It was a phenomenal experience, a phenomenal atmosphere. To be in that atmosphere with the athletes at that time was just incredible, something that I thought I'd never actually experience again."

Allan Wells was speaking on John Beattie's Commonwealth Countdown, which you can listen to every Saturday at 11.05am on BBC Radio Scotland.