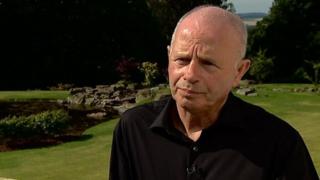 Milne has high hopes for Aberdeen

The Aberdeen chairman Stewart Milne hopes to announce details of a new training facility in the coming months and aims to have the club in a new stadium by 2017.

Speaking to BBC Scotland's Alasdair Lamont, he also shares his hopes for the future of the game in Scotland and remains positive it will improve.