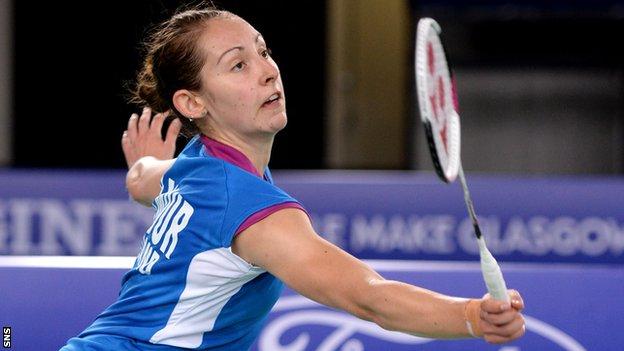 Kirsty Gilmour has won silver after finishing runner-up in the women's singles final at the 25th European Championships in La Roche sur Yon.

"Caro is the same age but has a lot more experience at the top level. It's building blocks but we'll get there one day."

It was Scotland's first ever medal at the Championships, which date back to 1968.

"Today's a day for celebrating and tomorrow we'll feel the lull but at least I will wake up and say 'yeh, I've got a silver medal at the European Championships' which is pretty cool," continued Gilmour.

"It will be an evaluation day of a decent match, not perhaps my best but certainly not my worst by any means.

"I will learn from anyone who is world class standard. Every game you go on is a learning curve."