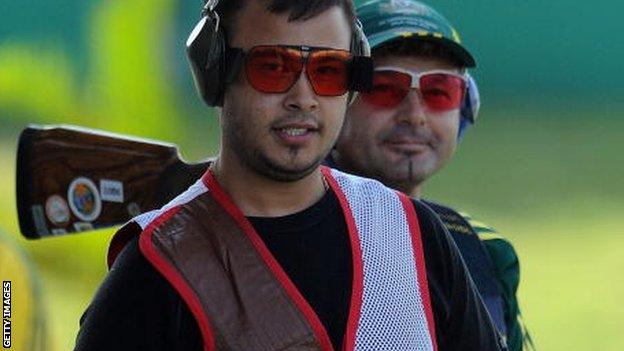 Britain's Aaron Heading missed out on a medal at the Shotgun World Cup in the United States.

The Commonwealth champion for England was beaten 12-10 in the bronze medal play-off of the men's trap in Tucson, Arizona by Russia's Alexey Alipov.

Fellow Brit Michael Wixey failed to progress through the qualification round.

On Thursday, his wife Sarah Wixey won silver in the women's trap event.