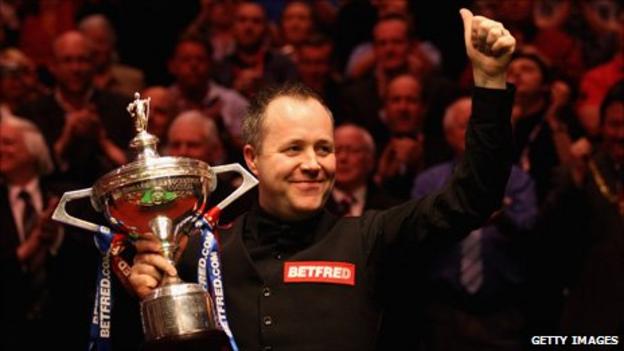 The two-man team of Higgins and Stephen Maguire had defeated Poland 3-2 in their Group 2 fixture on Tuesday.

And they recorded a 4-1 success against the Afghans, with Higgins' loss to Mohammed Saleh the only negative.

"We didn't play great and they were actually better than we had prepared for," Maguire told World snooker's website.

"When I heard we were playing Afghanistan I didn't know they had any tables there but they certainly knew their way around the snooker table - you could see that straight away.

"I know Saleh as he used to play World Amateurs and he played under Pakistan so I was surprised to see him. He's a good player and came to Scotland to practice there for three months.

"As soon as I saw him we knew we had walked into a match," he added.

Higgins also shrugged off his defeat and was confident Afghanistan could damage then hopes of some of the other Group D sides.

"Our aim was to qualify first of all and we're one match away from doing that," he said.

"The good thing is that Afghanistan can take a few frames off of the other teams and I don't think they will lose every match they play.

"The more frames you play the better you will come but it's very nerve-racking playing for your team. We've not done it for years."