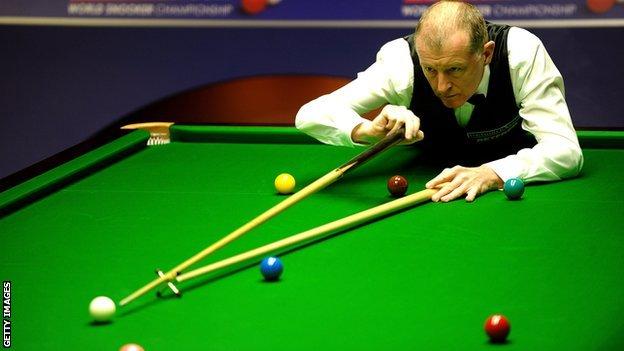 Hendry, who dropped out of the world's top 16 earlier this season, beat Norway's Kurt Maflin 4-0 and will play newly crowned Masters champion Neil Robertson on Tuesday.

Doherty will face Mark Allen in the first round in Newport on Wednesday after beating Jamie Cope.

And Davis edged past Rick Walden to set up a match with Ali Carter on Monday.

Davis, by far the oldest player on the main tour at 54, won the deciding frame against Walden with a 44 break.

Mark Davis kept alive his hopes of gaining a top 16 place by beating Jamie Burnett 4-2, while Marco Fu set up a meeting with Ronnie O'Sullivan on Wednesday thanks to a 4-2 defeat of Matthew Selt.