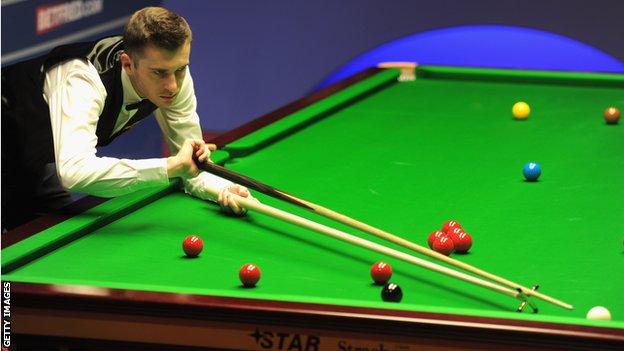 Teenage wildcard Lu Ning made world number one Mark Selby battle all the way in the World Open in China.

The Chinese player, 18, ground out the first two frames in Hainen before Selby hit back with a break of 108 to level.

Lu Ning forged ahead again but Selby, from Leicester, stepped up his game to take the next three frames to win 5-3.

"Lu's got a good game, a great future and he put me under pressure today," said Selby. "I don't think I played fantastic but he gave me some chances."

Northern Ireland's Mark Allen made the last 16 with a 5-1 win over England's Jimmy Robertson, while England's Mark King beat Welshman Mark Williams by the same scoreline.

In the closest game of the day, Cambridgeshire's Joe Perry was a 5-4 winner over Matthew Stevens of Wales.

Perry trailed four times in the match, but won the last two frames to go through.

"It was a very close match that could have gone either way," said Perry. "We both played pretty well and, in the end, I managed to sneak over the line."