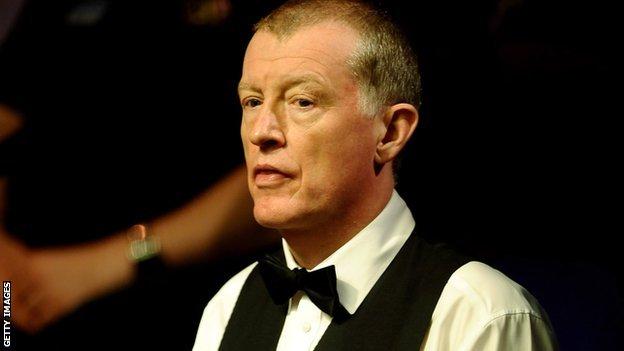 Snooker legends Steve Davis and Jimmy White will not play in this year's World Championship, after both were beaten in the fourth qualifying round.

Woollaston will now face Welshman Dominic Dale in the fifth and final round of qualifying.

Davis, who is now ranked 39 in the world, also missed out on Crucible qualification last year, but that 2011 failure was the first time since he turned professional in 1978 that he had not qualified for the final stages of either the World or UK Championship.

Seven-time world champion Stephen Hendry and previous winners Ken Doherty and Peter Ebdon also need to qualify after dropping out of the top 16.

The trio all join the draw in the fifth round, and will be glad they have avoided Gloucester's Robert Milkins after he made a maximum break of 147 during his 10-4 victory over Xiao Guodong.

Once the qualifiers are complete, the top 16 will learn their first-round Crucible opponents when the draw is made on Monday16 April.