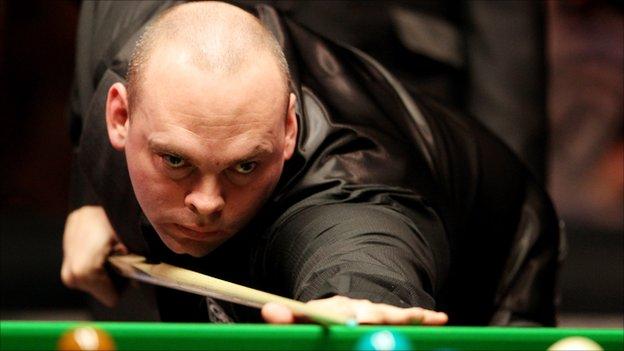 Stuart Bingham says he will have no problem motivating himself for his first-round match at the World Snooker Championship.

Bingham, ranked 16th in the world, is up against seven-time winner Stephen Hendry.

He told BBC Essex: ""I feel quite good about it, you know what you are going to get with Stephen.

"He's the best player that's ever picked up a cue. It's easy to get up for that."

Hendry, who is ranked 23, qualified for his 27th straight World Championship tournament with victory over China's Yu Delu.

Bingham, from Basildon, won his first ranking event in Australia last July, but says his form has been patchy since then.

He added: "I haven't played badly but people are playing a little bit better than me on the day. I've been losing a few matches I thought I could have won."

But he says he does not have a problem with the extra tournaments on the calendar, even though he has become a father in the past year.

"I've been crying out for the last 15 years to play more tournaments. Now we've got them and I've got a young family. It's just one of those things."

Bingham's match against Hendry starts on Saturday, with the final session played on Sunday night.