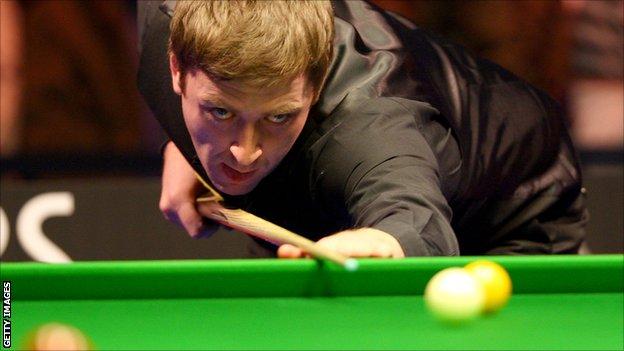 Englishman Ricky Walden defeated compatriot Stuart Bingham 10-4 in the final of the Wuxi Classic in China.

Walden, raced into a 9-1 lead, before Bingham mounted a mini fightback to reduce the deficit to 9-4.

Bingham had struck a 147 maximum break in the sixth frame, becoming the only player other than Stephen Hendry and John Higgins to make a maximum in a ranking event final.

But Walden held his nerve to take the one frame he needed for victory.

Bingham was unable to replicate his form of previous rounds where he had beaten Peter Ebdon, Ken Doherty and Mark Selby - all on final frame deciders.

It was Walden's second ranking event title having won the Shanghai Masters in 2008, with Bingham gaining small consolation after knocking in his third career maximum.

The Essex man will now look to the next ranking event in Australia where he will be defending his title.

But he will need to regain his confidence after, effectively, losing the Wuxi Classic in the first session when opponent Walden raced into a 7-1 lead.

The Chester potter had taken a 5-0 advantage before Bingham's brilliant 147 break pulled a frame back, only to lose the two remaining frames of the session.

Bingham came out fighting with breaks including 103 and 100 to give the scoreline some respectability.

But Walden took the three frames he needed, knocking in a match-winning 74, to take the £75,000 first prize and trophy.