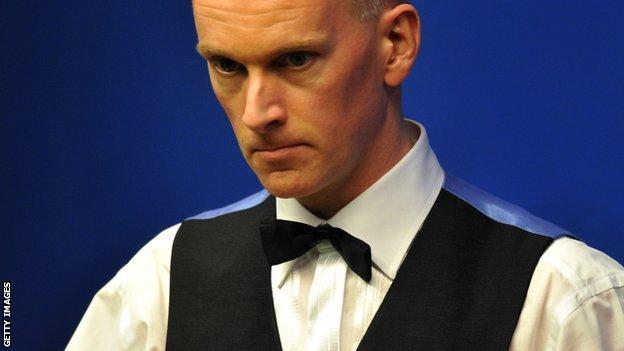 Peter Ebdon will play Barry Hawkins in the Australian Open final after they won their last-four matches in Bendigo.

Ebdon, the 2002 world champion, quickly took a grip of his semi-final on Saturday as he went 2-0 up against Hong Kong rival Marco Fu.

Routes to the final

Hawkins was given more of a test by Mark Davis before emerging a 6-4 victor and reaching his first ranking final.

Ebdon will be aiming for a 10th career ranking title against fellow Englishman Hawkins.

"I'm really happy with that performance [to beat Fu]," said Ebdon, who won the China Open in April.

"I knew I had to put in a good performance and to beat somebody as good as Marco 6-2 in a semi-final, I've got to be thrilled to bits with that.

"I'm delighted to be in the final. It's not easy to win ranking events, but I'm in the final again and I'll be trying for my life."