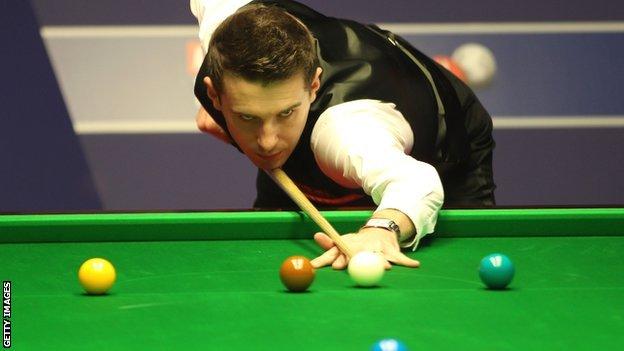 "I played poorly and Jamie picked up the pieces," said Selby, 29. "I had more than enough chances but couldn't take them."

But Shaun Murphy, Stephen Maguire, Mark Allen and Ali Carter all progressed to the second round.

My sleep pattern has not been great, which happens sometimes when we come here

Selby has struggled for form since lifting the trophy in China 12 months ago, but looked to be in contention with the match level at 1-1.

But mistakes in the next three frames let Cope - ranked 25 in the world - stretch away, and a break of 71 was enough to claim a surprise victory and set up a last-16 tie with Stuart Bingham or Tom Ford.

"It wasn't an enjoyable match because the standard was not great," said Cope, 26. "I won a few close frames which could have gone either way and that was the difference."

Selby hinted that the change of time zone affected his preparation, saying: "My sleep pattern has not been great, which happens sometimes when we come here.

"Sometimes you wake up at 2am and can't get back to sleep so you go for a practice."

Maguire, ranked seven, was 3-2 down in his match against Peter Ebdon, but breaks of 73 and 58 put him back in front before Ebdon accidentally potted the pink to hand the Scot a 5-3 victory.