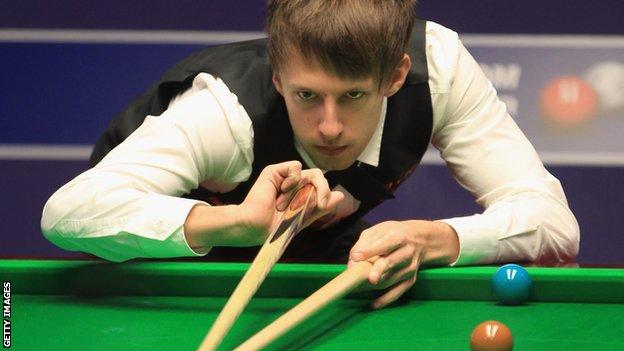 Judd Trump came from 3-0 down to beat Englishman Barry Hawkins 5-3 in the first round of the Shanghai Masters.

In the second round, he will face Mark Allen, who beat Lu Haotian.

Elsewhere John Higgins is through after beating Jamie Jones 5-2 but Steve Davis is out, beaten 5-4 by fellow Englishman Ricky Walden.

Davis was trailing 4-1 before he levelled the scores at 4-4, only for Walden to hit a break of 92 in the deciding frame.

Higgins will face Ryan Day in the second round, while Walden faces Mark Williams.

The 2011 winner Mark Selby is also out after he was thrashed 5-1 by Jamie Cope.