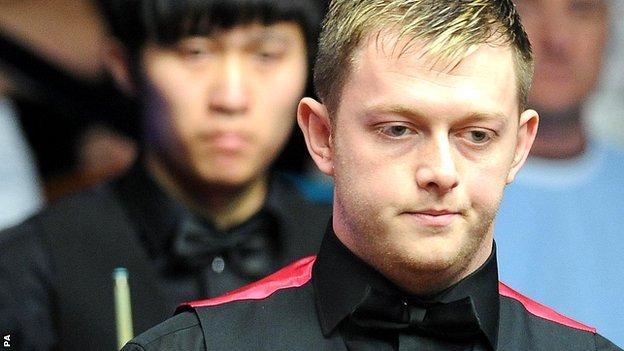 Mark Allen has progressed to the last eight of the International Championship in Chengdu, China, with a comfortable 6-3 win over Cao Yupeng.

The Antrim player led 3-1 at the interval and went on to secure a place in the quarter-finals, where he will face England's Judd Trump on Thursday.

The Chinese player had beaten Allen in the first round of this year's world championship in Sheffield.

Allen was later fined £10,000 for accusing Cao of dishonesty.

The former world semi-finalist claimed that the Chinese player had failed to declare an illegal push shot during their first round match in Sheffield, which Cao won 10-6.

Allen beat England's Robert Milkins in the previous round of the International Championship to clinch his place in the last 16.

The 24-year-old went into the new ranking tournament on a high after beating Mark Selby 4-1 in the final of the Antwerp Open last week.