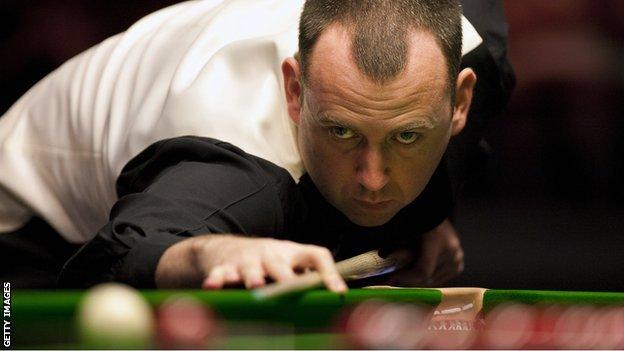 World number four Mark Williams was beaten in the first round of the International Championship in Chengdu, China, by England's Mark Davis.

Davis, the world number 20, sealed a 6-4 win over the two-time world champion with a 138 clearance.

"Mark is a legend of the game but he was not at his best today," Davis told worldsnooker.com.

A break of 118 was the highlight for Trump, who will meet world number 71 Aditya Mehta in the second round of the £600,000 world ranking event after the Indian stunned 10th-ranked Stuart Bingham 6-4.

"It's definitely my best win so far because Stuart has been one of the best players in the world this season," said Mehta. "It's great for my country. I will need to play better against Judd Trump and I am ready for it."

Marco Fu beat Martin Gould in an 11th-frame decider and goes on to play Davis, while there were also wins for Stephen Maguire, Mark Allen, Ding Junhui and Ricky Walden.

Allen triumphed over Robert Milkins 6-2 to set up a meeting with Cao Yupeng, the player he accused of being dishonest at the World Championship in April.

Ding plays Shaun Murphy in the second round after a 6-1 thrashing of Chinese compatriot Zhou Yuelong, while Walden takes on world number one Mark Selby thanks to his 6-4 win over Lu Ning.