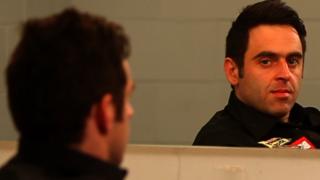 BBC Sport examines how snooker is coping with the self-imposed exile of world champion Ronnie O'Sullivan.

O'Sullivan announced in November 2012 that he would be withdrawing from the rest of the campaign because of "personal issues".

World number 15 Ali Carter speculates that O'Sullivan will return to action next season, and may even defend his world championship title at the Crucible.

Watch live coverage of the Master from Alexandra Palace on BBC Sport from 13-20 January.