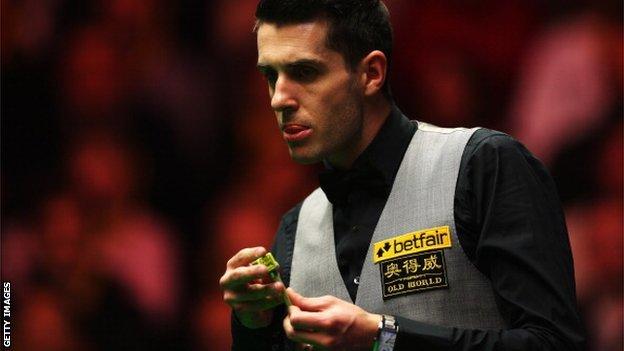 Mark Selby underlined his Welsh Open title credentials with a 4-0 victory over Steve Davis to reach the last 32.

The reigning UK Championship and Masters champion top scored with a 144 break as he eased through in Newport.

Fellow Welshman Matthew Stevens progressed 4-2 at the expense of England's Alfie Burden and Ryan Day succumbed to a 4-1 defeat by Liang Wenbo of China.