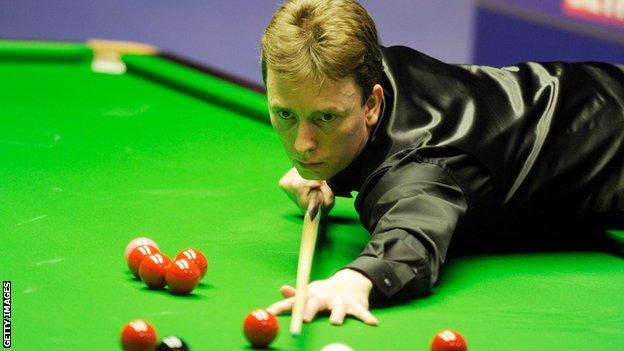 But the 43-year-old won the next two to record his first victory over the Scot in a ranking event for seven years.

Doherty, who lost to Higgins in the 1998 World Championship final, enjoyed one of his best wins in recent years.

"It was a real dogged safety battle, more of a war of attrition than fluent snooker," said Doherty, who is ranked 31.

"But John is the best in the world safety-wise and I beat him in that aspect today so overall I am very pleased.

"When you are starved of winning these type of matches against top players on TV, it gets harder and harder. But even in the twilight of my career there is always a little bit of sparkle now and again. You just need a bit of confidence."

World number four Murphy fell 3-1 behind against Indian Advani, the world billiards champion, before breaks of 89 and 45 saw the Englishman level at 3-3.

But Advani, who is based in Sheffield, potted a succession of long reds in the final frame to keep Murphy at bay to seal what he later described as "the best moment of my snooker career, alongside beating John Higgins at the PTC event in Germany".

"To be able to produce my game against such quality players is the most satisfying thing, win or lose," he added.