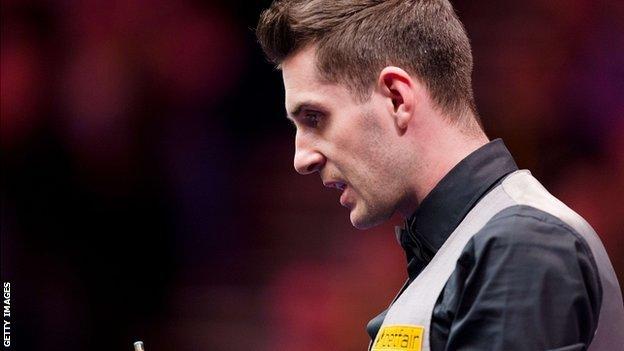 World number one Mark Selby made an early exit at the Welsh Open with a heavy defeat by Joe Perry in Newport.

Selby, the UK and Masters champion, had beaten Steve Davis 4-0 in the qualifying round but went down by the same score to Perry in the first round.

"I knew I would have to play well today, although I was surprised that he didn't take his chances," said Perry.

The Englishman arrived in Newport on the back of first-round defeats at the UK Championship, Masters and German Open, and felt Dale had been trying to upset his rhythm.

"Players are changing their game to play slower against me," said Trump, who will play Andrew Higginson next.

"Dominic was too slow for himself and it caught him out towards the end. He usually goes for his shots but he took no chances today.

"Some players have a game plan to slow me down and hope I lash out. A couple of years ago I would have panicked in that match, but I showed patience today."

Ding Junhui thrashed Mark King 4-0 and Stuart Bingham posted a 127 on his way to a 4-0 win over over Craig Steadman, while Graeme Dott beat Fergal O'Brien 4-2 in the day's final match.