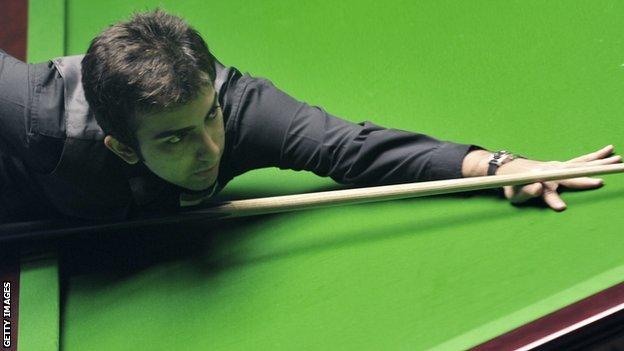 Pankaj Advani became the first Indian to reach the quarter-finals of a world ranking event with his 4-1 victory over Graeme Dott at the Welsh Open.

The eight-time world billiards champion wrapped up his win over Scotland's Dott with a 100 break in the fifth frame.

"It's exciting to be playing against the best in the world, at the top level and under the best conditions.

"I am surprising myself with this run but I'm just going with the flow and trying to keep winning," said Advani.

"It's exciting to be playing against the best in the world, at the top level and under the best conditions," added Advani.

Trump said: "It's nice to see someone from overseas do well and hopefully it will help us get some tournaments in India.

"I hope he bottles it under pressure tomorrow but I don't think he will."

Defending champion Ding Junhui, from China, is also through to the last eight after beating Mark Allen 4-2.

Stuart Bingham and Ken Doherty will meet in the quarter-finals after winning close matches 4-3 against Neil Robertson and Tom Ford, respectively.