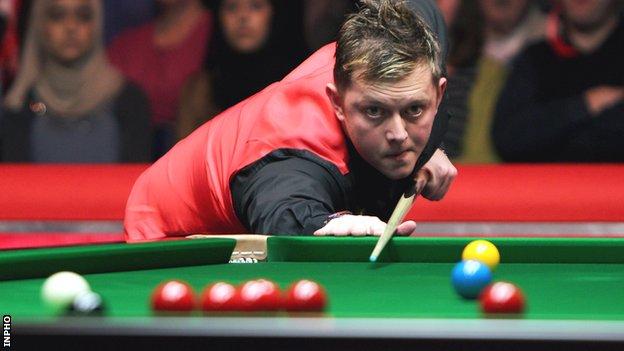 Thursday night's 4-0 victory over his fellow Northern Irishman, who is competing as an amateur, takes Allen into the quarter-finals of the event.

Ford battled back from 3-1 down against his fellow Englishman.