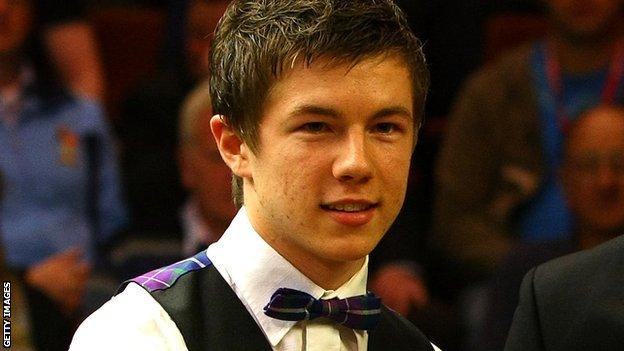 Jack Lisowski came from 4-2 down to beat Mark Davis 5-4 at the China Open to reach his first major quarter-final.

The English left-hander, 21, who overcame cancer as a teenager, will next meet former world champion Shaun Murphy, who defeated Rory McLeod 5-3.

But it was Lisowski who caught the eye, the world number 42 continuing a run that includes a first-round win over former flat-mate Judd Trump.

Lisowski, who recently beat Selby at the PTC Grand Finals in Galway, said: "In the last two tournaments I've beaten the top two players in the world. I think I'm good enough, it's just a question of doing it when it matters.

"I felt more pressure today than I ever have before, because I had a good win against Judd and I wanted to make it count.

"I threw away two frames to go 4-2 down but then I held myself together and made my best ever comeback. I played good snooker and I'm just so pleased to have won.

"When I played Judd we were both really attacking, but I knew today it wasn't going to be like that and I had to play more safety. I was pleased with that side of my game and I'm learning to mix it up more."