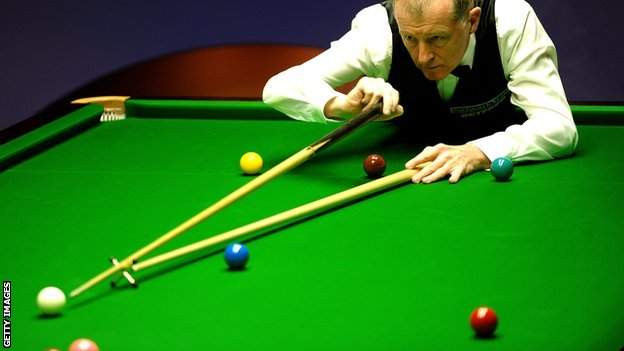 Veteran Steve Davis will need to beat Peter Ebdon to qualify for the World Snooker Championship in Sheffield.

Six-time winner Davis, 55, meets either Craig Steadman, David Grace or Kurt Maflin and would face 2002 champion Ebdon in the final qualifying round.

Ken Doherty may play Matthew Selt to reach the Crucible, while Jimmy White needs to win three matches to qualify.

Meanwhile, Ronnie O'Sullivan is seeded to face Judd Trump in the semi-final of the tournament should both advance.

Defending champion O'Sullivan and the 2011 world runner-up could meet in the last four having been drawn in the same half of the draw, after Neil Robertson's seeding was pushed up to three following his 10-6 win over Mark Selby in the China Open final.

O'Sullivan, 37, returns to competitive action after not playing in a major ranking event since winning the 2012 title last May.

He could potentially face Ali Carter - the man he defeated in last year's final - in the last 16, and four-time world champion John Higgins in the quarter-final.

Davis, who dominated snooker in the 1980s, is now ranked 48th in the world and has to battle it out at at the English Institute of Sport in Sheffield to reach the main competition.

Up-and-coming stars such as Luca Brecel, 18, who became the youngest ever player to qualify for the World Championship last year, and 21-year-old Jack Lisowski will also be in action.

Belgian Brecel starts off in round one against Fraser Patrick and needs to win four matches, while Lisowski, recently defeated in the quarter-final of the China Open, needs to win two to qualify for the Crucible.

The 17-day tournament at the 'Home of Snooker' begins on Saturday, 20 April with O'Sullivan in action first at 10:00 BST.