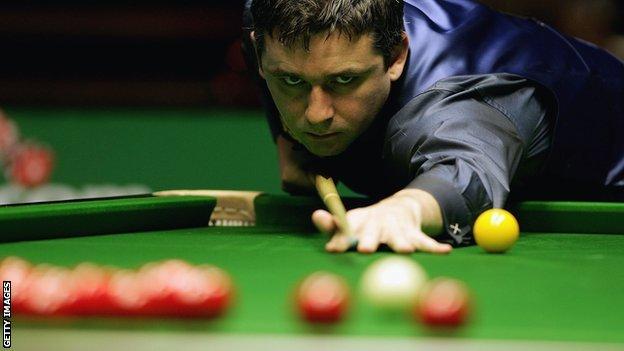 Scotland's Alan McManus made it through to the final round of qualifying for the World Championship with a 10-8 win over 1995 runner-up Nigel Bond.

The two-time semi-finalist faces Leicester's Tom Ford on Saturday, with the winner progressing to the Crucible.

Welshman Jamie Jones, who reached the last eight at the Crucible last year, was beaten 10-9 by Liam Highfield.

Gilbert, who reached the second round in Sheffield last year before losing to Neil Robertson, faces Marco Fu for a place at the Crucible.

Northern Ireland's Joe Swail, a two-time Crucible semi-finalist who now plays as an amateur, saw his five-match winning streak end with a 10-7 defeat by Walsall's Mark Joyce, who will now play Michael Holt.

Draw for final round of qualifying in full: