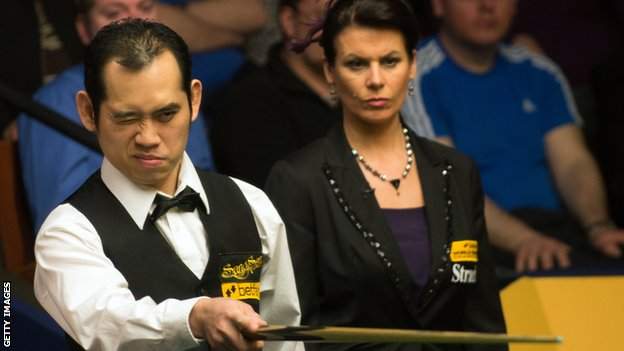 The World Professional Billiards and Snooker Association is encouraging more women to take part in snooker.

The sport's governing body believes there are no barriers to women competing at professional level.

On Friday, there was a Ladies' Day at the World Championship in the Crucible Theatre in Sheffield with leading female players displaying their skills.

"Anyone can play on the World Snooker tour, regardless of age, nationality or gender," said chairman Jason Ferguson.

"Snooker is one of the few sports with total fairness in terms of who can participate."

The WPBSA is hoping the introduction of 'Cue Zone into Schools' will increase participation numbers for women.

Ferguson added: "There's no reason why women can't succeed in snooker, it's purely a matter of getting more women participating in the sport at grassroots level, and through the WPBSA's sports development plan and the introduction of 'Cue Zone into Schools' we expect to see a significant increase in interest."

Women's world number one Maria Catalano, who is the cousin of world champion Ronnie O'Sullivan, is hoping the event raises awareness of the sport