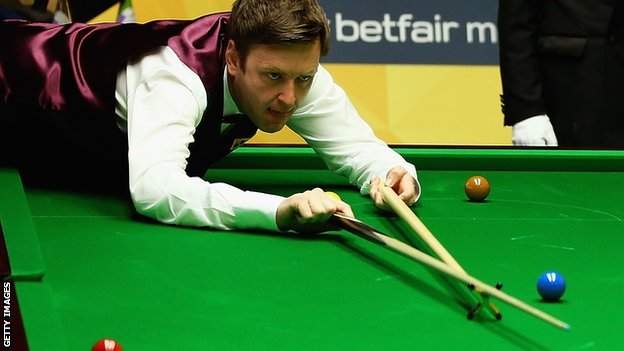 Ricky Walden survived a late fightback from Robert Milkins to reach the quarter-finals of the World Snooker Championship for the first time.

His fellow Englishman Milkins, 37, hit back in the final session at the Crucible, claiming five frames, but Walden held on to win 13-11.

He goes on to face Welshman Michael White in the last eight.

Walden, winner of last July's Wuxi Classic, had never won a match at the famous Sheffield venue until his first-round victory over Michael Holt.

"It was very tough match and I am delighted to get through. The momentum was with Robert tonight and he was throwing everything at me," he said.

"Michael White is on a bit of a roll, but I am looking forward to the match. I am feeling decent, enjoying every minute of it and hopefully I can do the business."

Milkins, who was playing in Sheffield for the first time since 2005, added: "I played really well this evening. I produced some good snooker but the second session was not good for me - it was too much to catch up.

"I have a lot of respect for Ricky. He played well and held himself together."

You can follow all of the quarter-final action on BBC Two, the BBC HD Channel and online from 10:00 BST on Tuesday