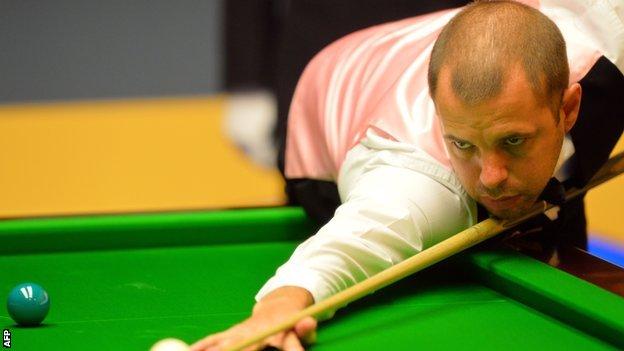 Defending champion Barry Hawkins eased into the second round of the Australian Open on the opening day in Bendigo.

England's Hawkins, 34, will face compatriot Tom Ford, 29, in the second round after he beat Ryan Day 5-3.

Robertson lost the first frame but wonthe next five to secure his place in the second round.

Cope had a much tougher time of it in his match with Martin Gould and was on the brink of elimination when he lost the seventh frame.

Stuart Bingham was a 5-1 winner over Thailand's Noppon Saengkham, while fellow Englishman Andrew Higginson lost by the same scoreline to China's Zhang Anda.

Zhang is into the last 16 of a ranking tournament for the first time and will face either Mark Selby and Ian Burns.

"I played pretty well, I was doing well in long pots and scoring," he told World Snooker's website.

"I believed that I could win and I was determined to win."