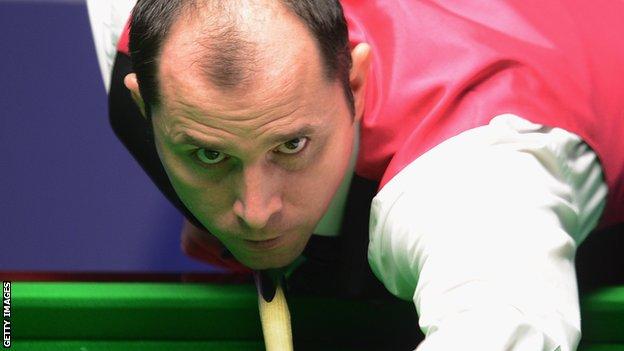 Cambridge's Joe Perry hopes his recent form can be a career turning point.

Despite spending most of his career as one of snooker's top 20 players, the 38-year-old's victory at the Yixing Open in China last month was his maiden world rankings event title. He followed that with a low key win in Gloucester.

In the past I've knocked myself a lot, but now I've finally won a ranking tournament I hope I can properly believe in myself

"I thought how proud my parents would be as they've always supported me. Now hopefully I'll have much more belief."

He added: "I've worked really hard for my whole career and now I'm getting the reward.

"[Not winning a rankings tournament] had crossed my mind over the years and I've come close a couple of times but I never got too obsessed about it, I just hoped one day it would come."

When the world number 19 reached the final of Yixing it was the first time he had done so in a ranking event since the 2001 European Open in Malta, where he lost to seven-time world champion Stephen Hendry.

"You never know how things will go in China so it was a brilliant couple of weeks for me," Perry added.

"In the past I've probably been too much of a realist and knocked myself a lot, but now I have finally won a ranking tournament maybe I can properly believe in myself and kick on."