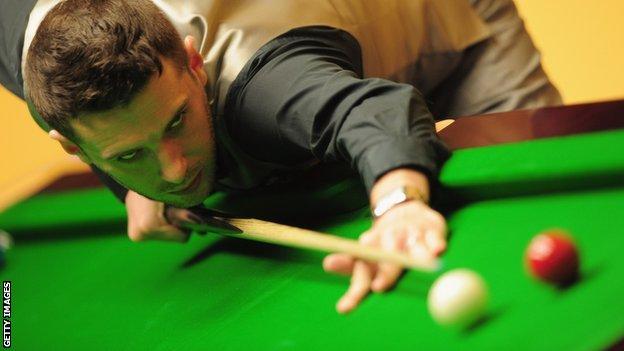 World number two Mark Selby booked his place in the Australian Open quarter-finals with a 5-1 victory over China's Zhang Anda.

Selby, 30, said: "I scored well every time I got a chance. The first frame was important because he had me in trouble but I fluked a red and won it.

"If he had won that it might have been a different match."

World number one and home favourite Neil Robertson went through with a 5-3 win against Stuart Bingham and now faces Joe Perry.

Fu meets Welshman Dominic Dale for a place in the semi-finals after his 5-2 win over Fergal O'Brien.

Ford now faces Robert Milkins, who was a 5-2 winner against Rory McLeod.