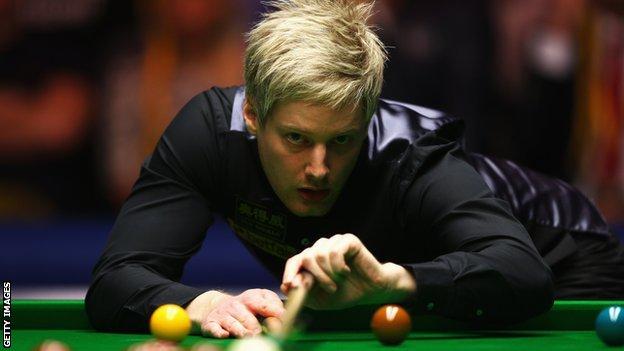 World number one Neil Robertson reached the final of the Australian Open for the first time by beating Mark Selby 6-3.

Robertson, 31, faces Marco Fu in the final, after previously failing to get beyond the last 16 of his home event.

The Australian twice had to come from behind against Selby to secure his place in Sunday's final.

Fu beat Robert Milkins 6-4 in the other semi-final but suffered a scare after leading 4-1.

He was pegged back to 4-4 by the 37-year-old from Gloucester, in a match where the highest break was just 66.

A break of 50 gave Fu, the world number 18, the ninth frame and he took the 10th 51-49 to beat the player ranked just one place above him in the world rankings.