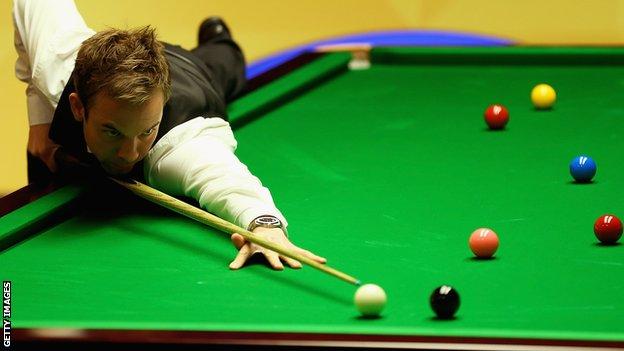 Ali Carter made a successful return to action just weeks after he was given the all-clear from testicular cancer.

The 33-year-old from Essex had an operation at the beginning of July after being diagnosed with the illness.

His highest break of 64 came in the ninth and deciding frame at the event in Doncaster.

Carter will now take part in the Shanghai Masters, which takes place from 16-22 September.

He is currently ranked 18th in the world but has been ranked as high as number two, having won three ranking events in his professional career.