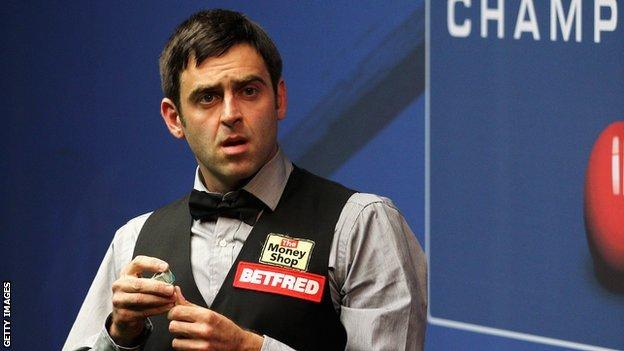 He also told him to act "in a manner befitting a professional sportsman".

O'Sullivan has retracted the claims he made after Stephen Lee was found guilty of seven counts of match-fixing.

WPBSA chairman Ferguson said: "We have had contact from sponsors concerned about Ronnie O'Sullivan's comments, that have now been retracted and were without substance.

"I travel the world promoting a sport that involves gentlemanly behaviour and fair play, and I have had comments expressing serious concern."

A few days later he claimed his comments were taken out of context and that he had no intention of damaging the integrity of the sport.

Ferguson added: "We have worked very hard to get snooker clean. When someone comes out with absolute rubbish it undermines the good work and it isn't just anyone, it is our world champion."